Life is full of surprises and sometimes good ones too:
The “Superthriller” concert in the Botanique was a blast. Never heard of the guys, just thought that the word “funk” in the concert announce was not a bad sign, but boy, what a discovery! Like they say on their site: a mix of Prince, Beck and Scissor Sisters, and they don’t take themselves too seriously at all.

Keyboard player: “The next song is by a very close friend of ours … John Lennon.”
Singer: “It’s called ‘Cold Turkey’“
Crossdressing background singer: “It’s a song about Christmas at my place“

Or the song that started with “This is a song about my girlfriend“, and the song title turning out to be “Fat Ass“.
Or the sensitive ballad on just piano and vocals: “When the bitch gets cranky“.
We had fun.

Their album is called “Superthriller 1” (on Amazon) 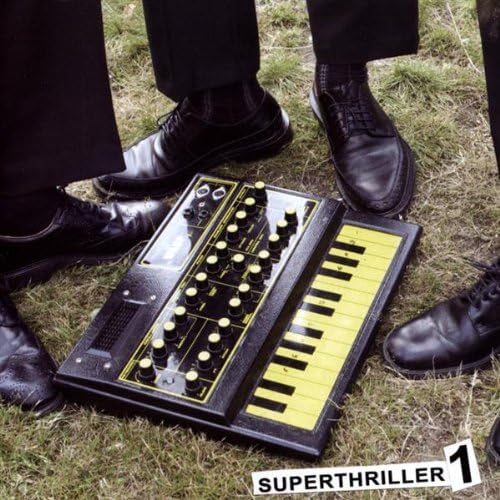 Point and shoot badly • 06 Aug 2007 • I went to the concert of Bajofondo Tango Club in Brugge last Friday. Of course I took my Canon 350D along and shot a lot of pictures. I never use a flash for concert pictures, certainly not since I started using a 50mm f/1.8 and I can grab quite a lot...