Do you often find yourself in a situation where you are using some kind of word play in a written (chat or text message) conversation, but feel that you need to make this second level of comprehension clear? This is why emoticons exist: pictorial representations of a facial expression using punctuation marks and letters, written to express a person’s mood. Emoticons were already used in the 18th century and adopted with mucho gusto in electronic communication since 1982. These days, if you don’t know that a “:-)” means that the writer is happy, you’re missing a lot of the meaning of SMS or emails.

It doesn’t stop there, there is also the :-p tongue-sticking-out, the %-) I’m-so-drunk and even *<|:-) Santa Claus. But there is one often-used ironical level that I find is not well covered by the ;-) I’m-only-joking emoticon, and that is the dangerous stylistical weapon called innuendo: an indirect remark about somebody or something, usually suggesting something bad, mean or rude. We need an emoticon that says if-you-know-what-I-mean-wink-wink-nudge-nudge in 3 characters. I hereby propose the … 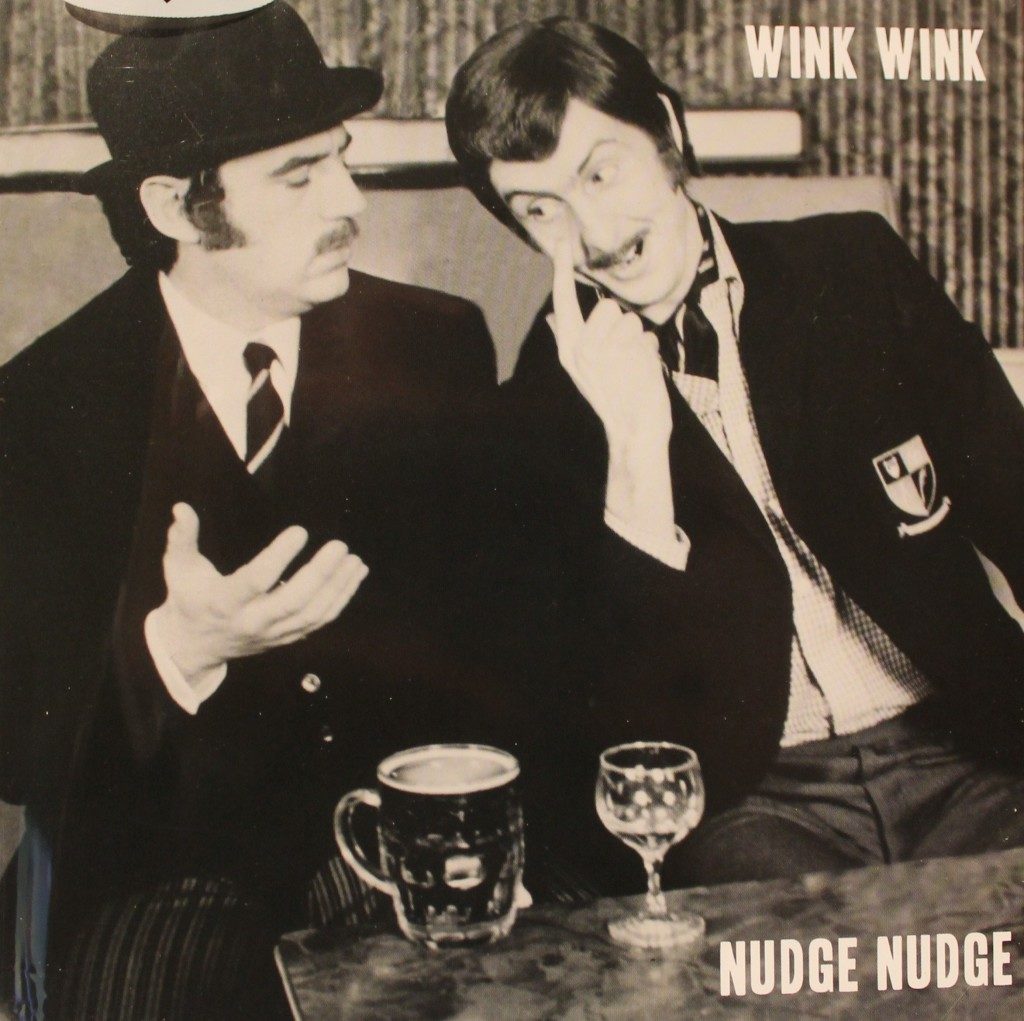 What could be a proper response to a &-) ? Depending the recipient’s sense of humor:

I think there is also one variation necessary for the most versatile joke on earth: that’s what she said! This is expressed with &-)! – as in “Are you in yet?” > “&-)!”

And to end, I leave you with this: Uncyclopedia’s definition for sexual innuendo. Just don’t read it aloud in the office.