UPDATE Nov 2019: my idea has been validated! I just discovered a sleek aluminium version, called the LineDock! Extra (USB/HDMI/DisplayPort) ports, extra battery power and up to 1TB of SSD disk space.

This is the story of how I made my own pretty bamboo USB SSD disk expansion support for my laptop, hereby possibly inventing the gadget category “disk expansion laptop coaster“ 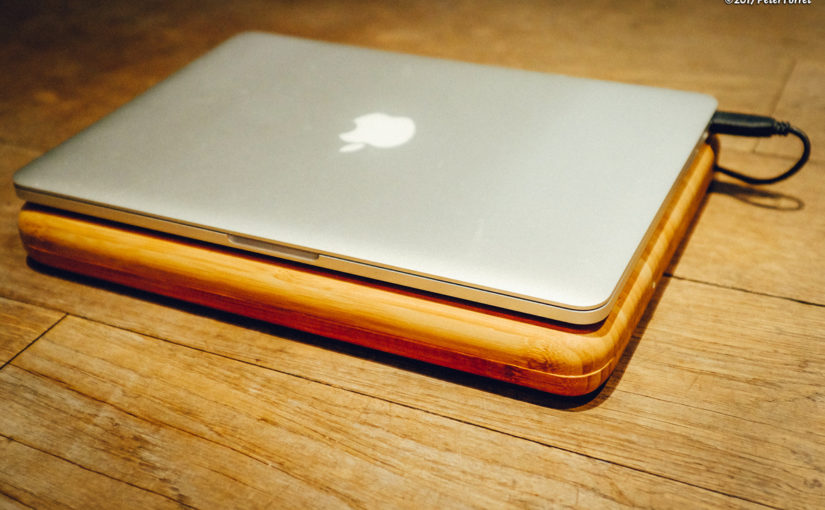 As a photographer, I need a lot of storage space. As a travelling photographer, I also need it on my laptop. My current 13″ MacBook Pro is plenty fast, but it only has a 512GB SSD drive. I quickly found out that is way too small. So I bought an external SSD disk. The Samsung Portable 500GB version is affordable and it’s almost as fast as the internal drive. But it’s only 500GB. So I bought a second and a third. Now, travelling with 3 USB disks and a USB hub (since my MBP only has 2 USB ports, and I need one for reading CompactFlash cards) is quite a hassle. There’s cables everywhere, you’re always afraid you’ll drop one, or forget one. So I decided to kind of tape them together. 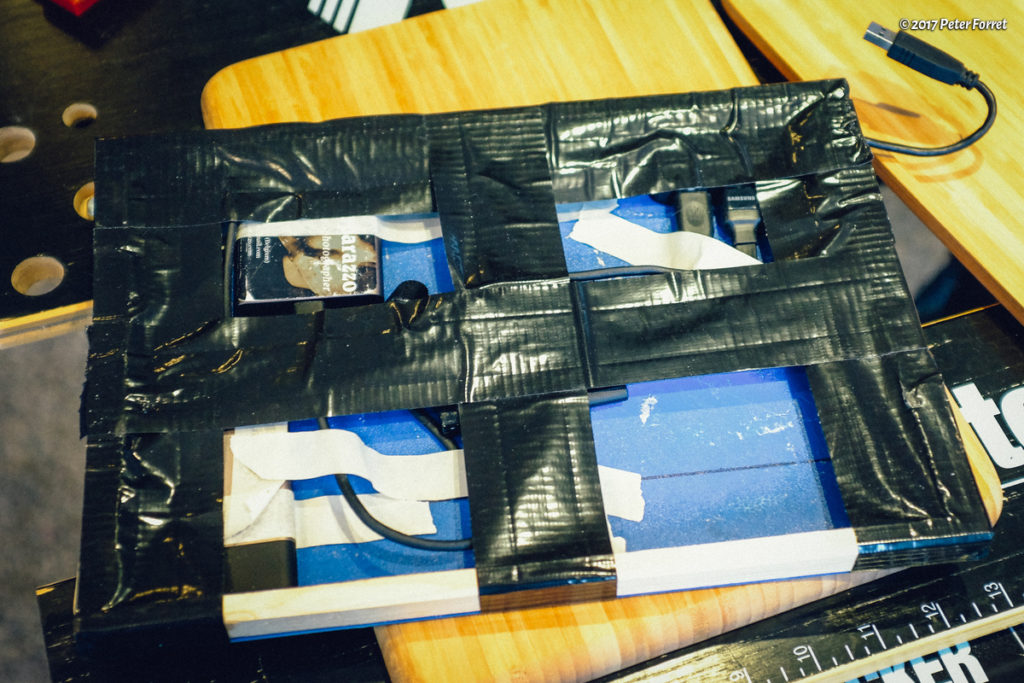 After travelling for months with this beta version (made out of a plastic table cover and lots of tape), I decided to make a real one, a version 1.0. Here’s what happened:

Step 2: figure out how to fit a USB hub + 3 SSD disks inside

Step 3: cut out hole for the cable 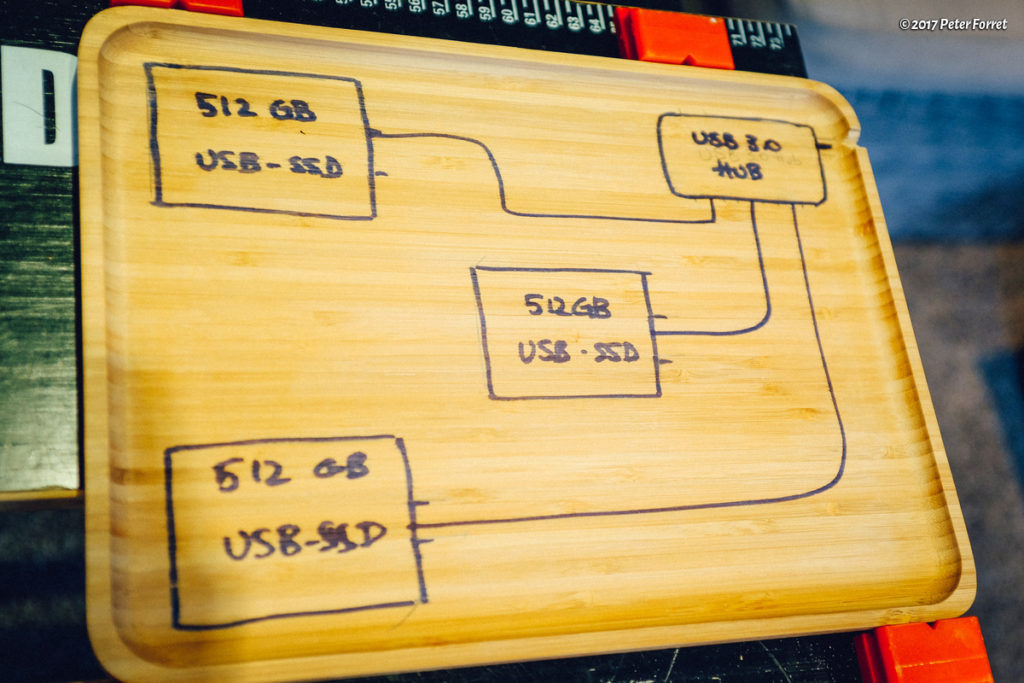 To give you an idea of the price of this hardware:

Step 4: fix all hardware inside the bottom tray 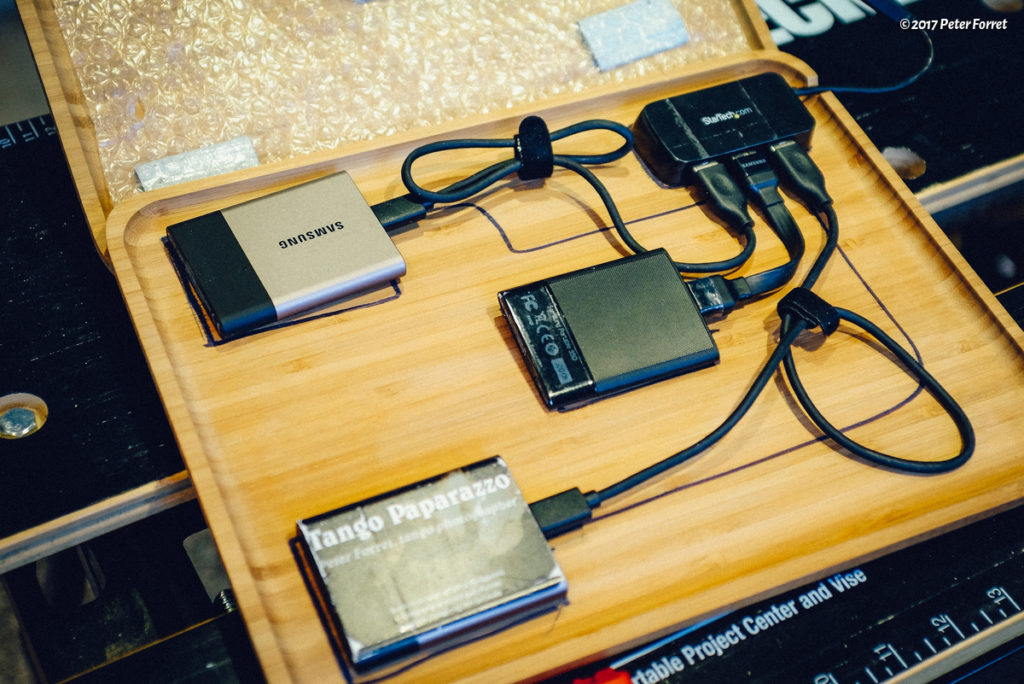 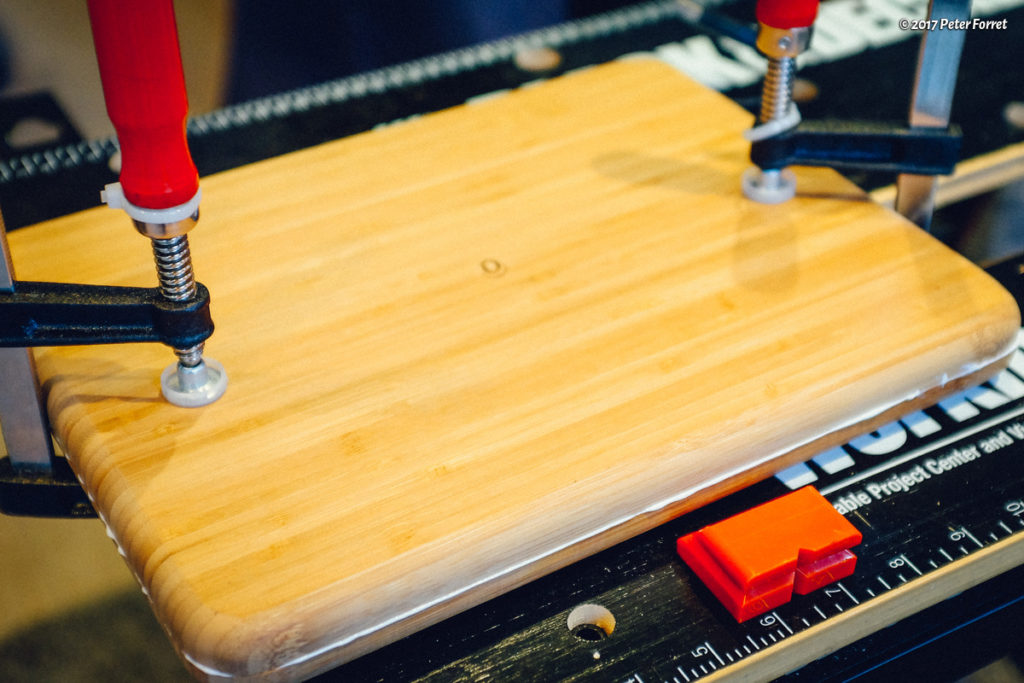 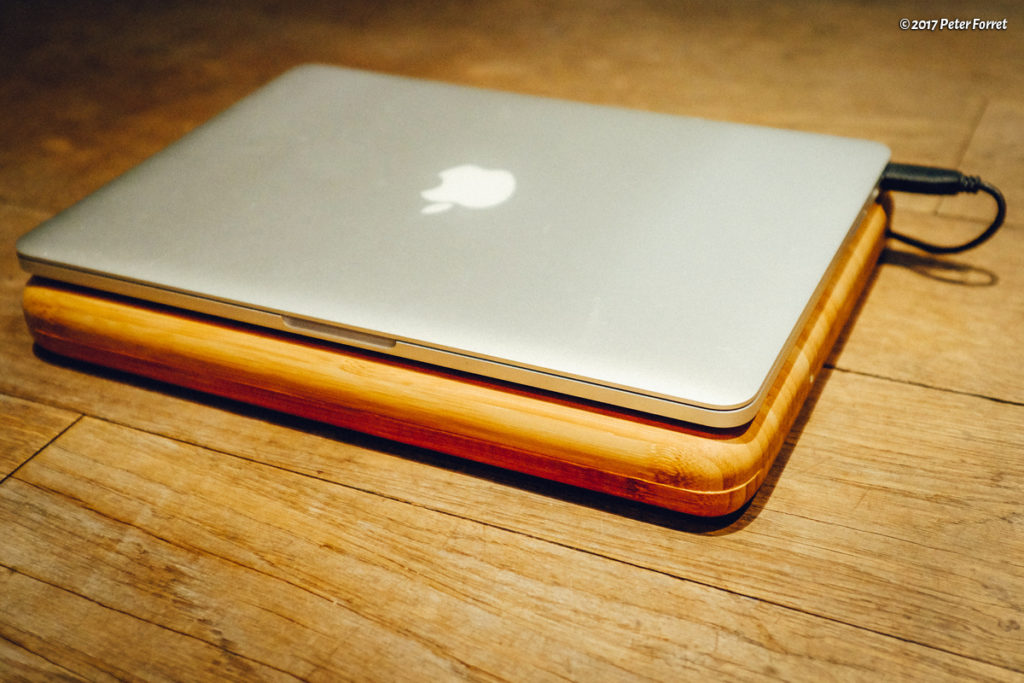 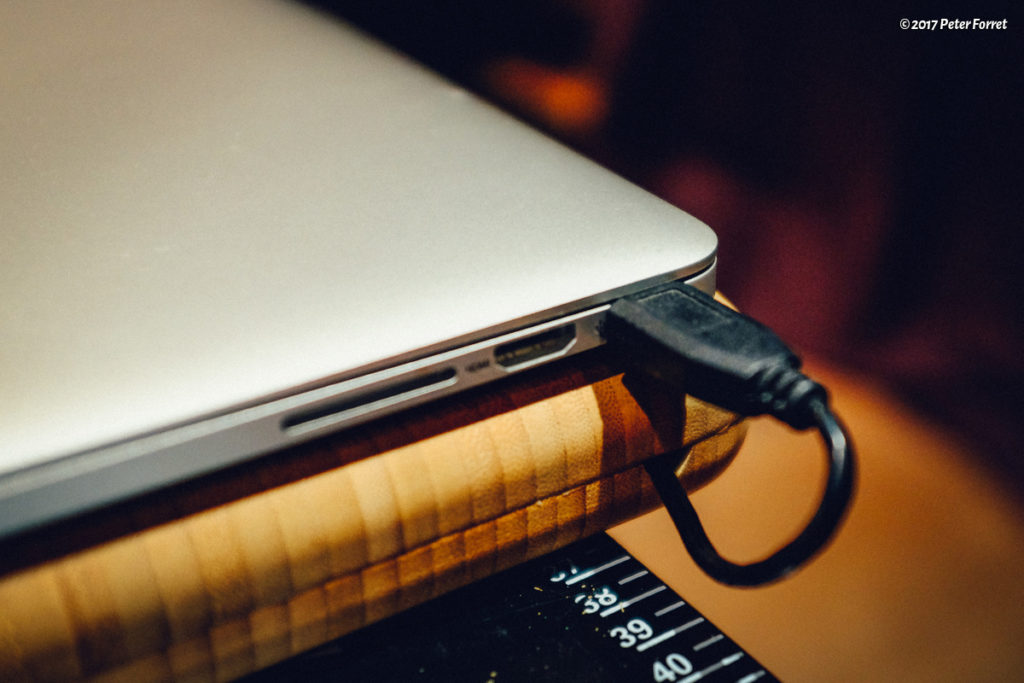