I’ve been doing some remote shoots recently, as the photographer obviously, and I’ve mainly used FaceTime ‘Live photos’ for captures. The result of such a shoot is a series of .HEIC files (it’s an Apple thing). Each file is a combination of a low-res 3-second movie with a mid-res image file. The image file, which is the one that interests me, is a 716×1280 pixels heavily compressed one. This is not a lot of pixels to start with in Lightroom/Photoshop. I found that it is possible to upscale such an image to 400% (2864×5120), and use this new big image to comfortably do the post-processing. Let me show you the best way to upscale low resolution photos to high resolution!

I will take one of the images I shot with FaceTime, and show you a detail and then enlarge it with different methods. 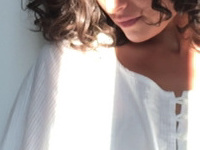 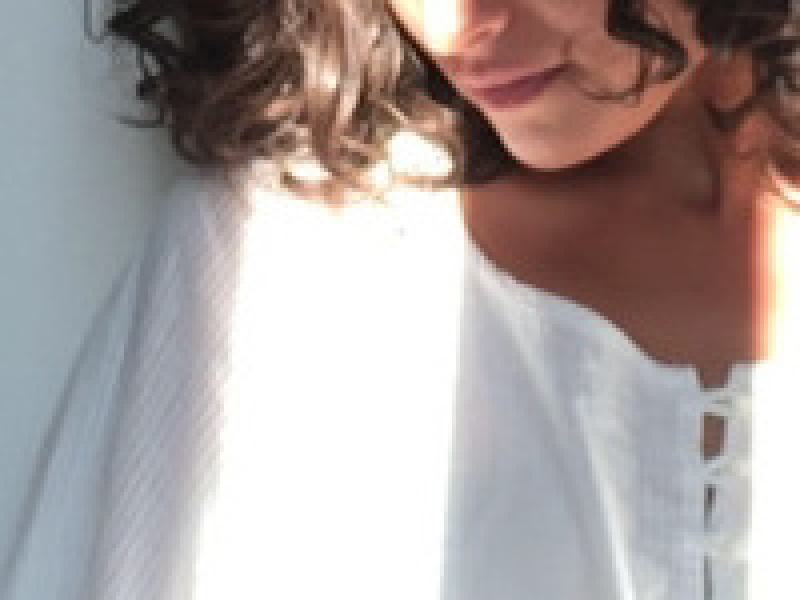 The -magnify is not meant to be used with photos. Every pixel becomes a block of 4x4 pixels. This is the equivalent of using the -resize function with the ‘box’ filter. 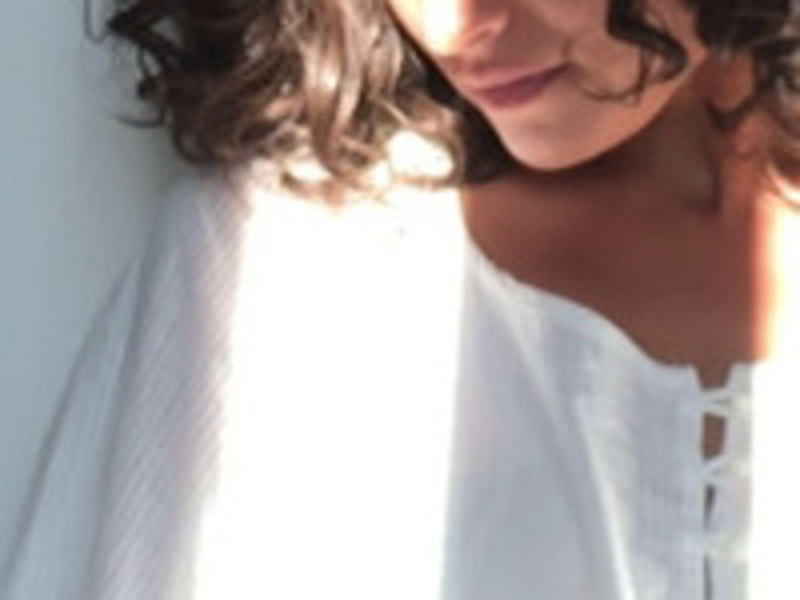 A naive -resize in ImageMagick gives a resized file with lots of artefacts/noise. The border between the white blouse and the skin is a good example of that. Overall, the image is blurry. By default the -resize will use the ‘Lanczos’ filter, but using ‘spline’ or ‘gaussian’ doesn’t give fundamentally different results.

Some documentation recommends using a ‘unsharp’ sharpening filter right after, but again no real improvement. 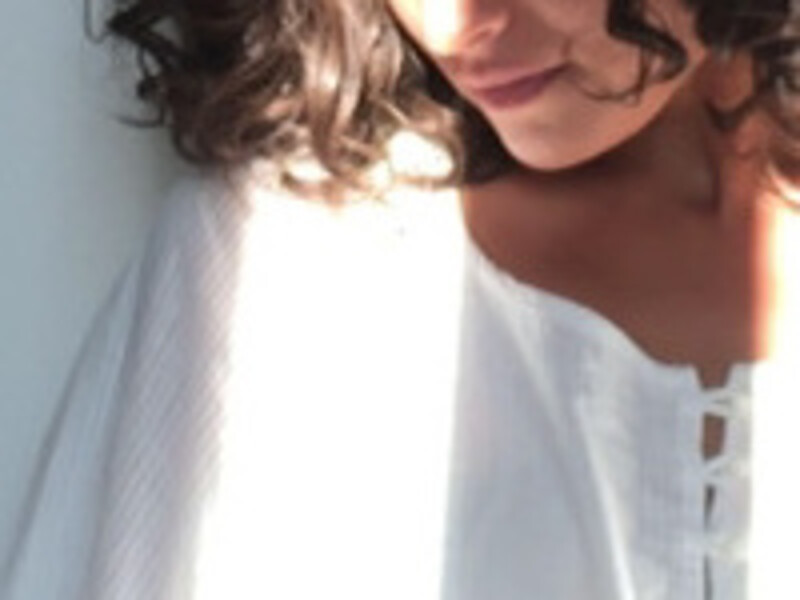 Topaz Gigapixel AI is a desktop application that uses advanced AI technology to do better image upscaling. In short, it ‘understands’ what is shown in a photo and what that would look like with more pixels. 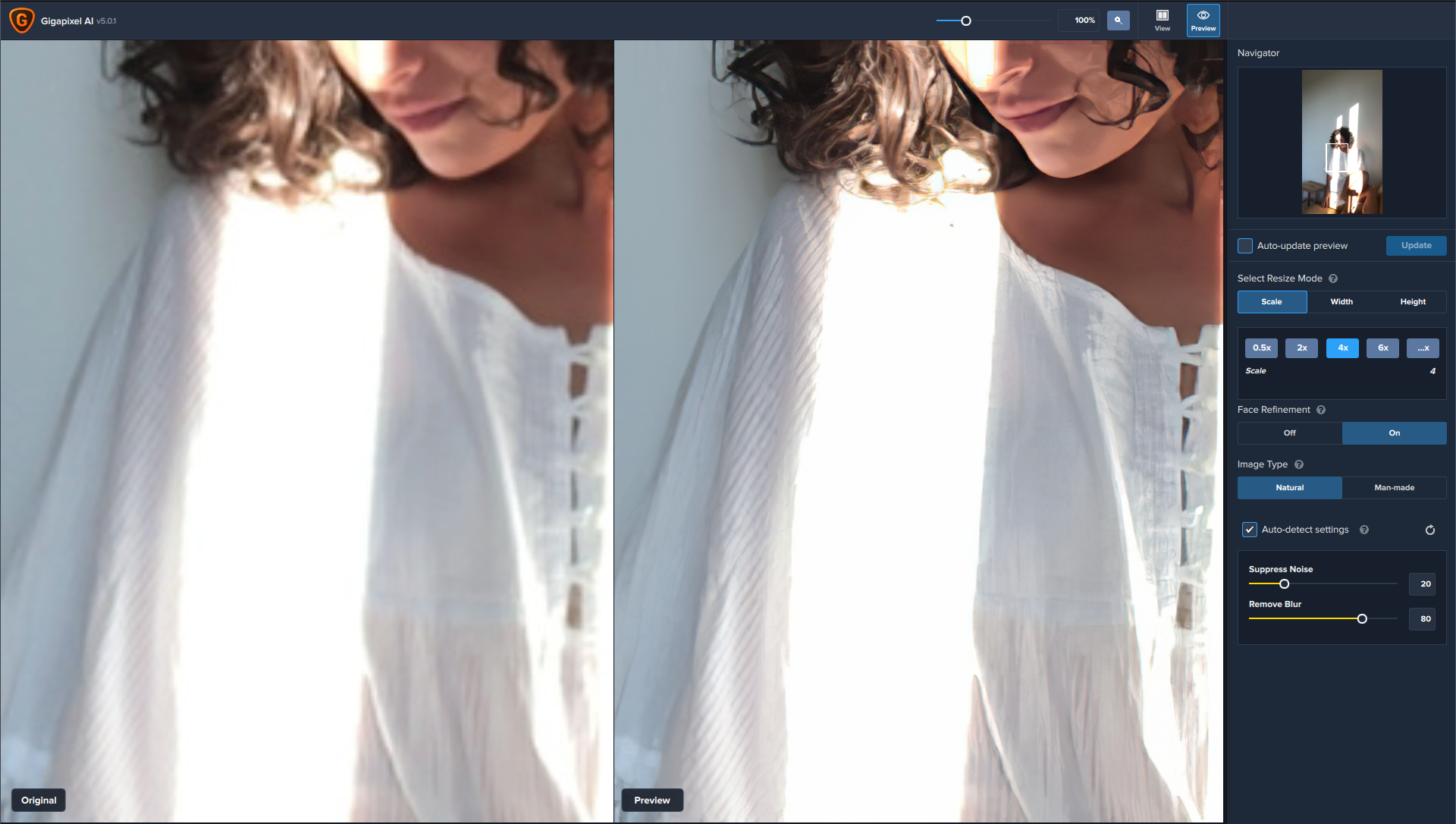 The GUI of Gigapixel AI allows you to compare naive upscale and AI upscale next to each other,

I used the 30-day trial version of the program, and I was quite impressed with the results. Rounded shapes are much sharper, and the resulting image is crisp, albeit sometimes a bit too artificial to look real. A 400×400% enlargement took 2-3 minutes on one laptop (with GPU) or 25 minutes on another (without GPU). 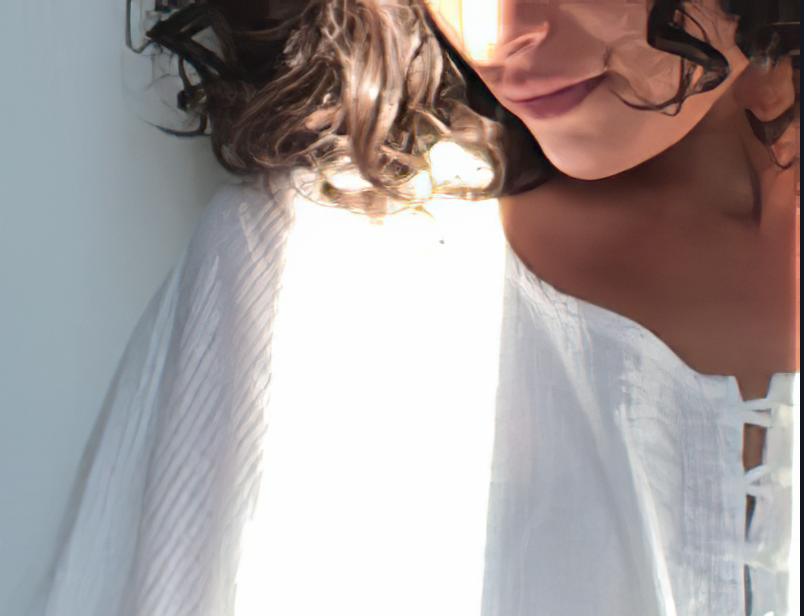 Gigapixel AI also does noise removal and smoothing. Sometimes the default settings are a bit too much. Look at her skin, it’s too smooth. The details in the sleeve, on the other hand, seem correct.

LetsEnhance,io uses a cloud model: you upload the original photo, select some options, start the conversion and download the result some minutes later. Their pricing starts at $9 for 100 photos per month.

The Photo 2.0 Faces method gave me this: 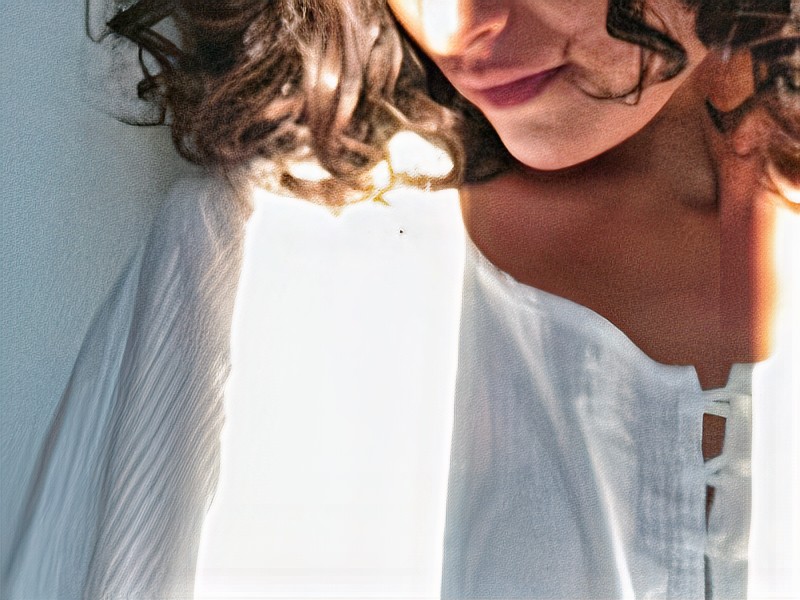 The skin has more texture, but I’m not sure I find it realistic, it looks too much like color noise, the details in the dress seem OK.

And LetsEnhance’s new Smart Enhance (Beta) gave me this after executing it twice (since x200% is the maximum for 1 step). 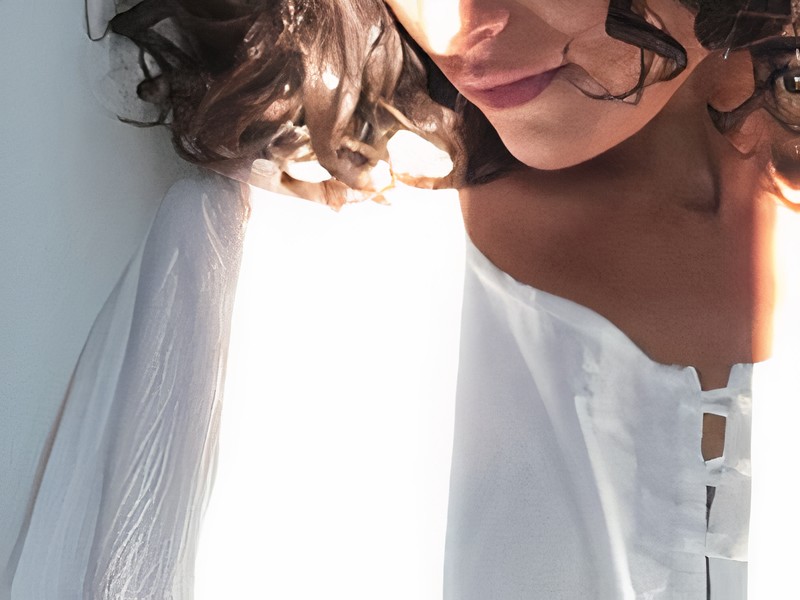 I like what happens with the skin, there is still a bit of texture left. But the details in the dress/sleeve are almost lost.

I find the AI upscale solutions very promising. In the end I went with Gigapixel AI because it was the only interesting solution to convert 100 images in bulk.

PS: I also tried UpscalePics, but the result was bad. The processing time also seemed very short compared to the other AI cloud solutions,_

Every country in the world in 1 (Unsplash) photo • 14 Feb 2021 • I wanted to demonstrate the power of my splashmark image markup script and did the following experiment:

How to do a remote portrait photo shoot • 30 May 2020 • COVID19 has had a huge impact of pretty much everything. For portrait photography, the 6-feet-apart, no-travelling, use-mouth-mask lockdown had made it almost impossible to do an in-person photo shoot. But every limit is also a challenge, Is it possible to do an interesting remote shoot via the internet? The answer...

Ten tips to take better low-light photos (dance/event/concert) • 22 Nov 2019 • One of my most popular posts is Five tips for taking tango pictures in low light. That information is now more than 10 years old. Technology has evolved a lot since then, as have my photography skills. That’s why there is now the update: Ten tips to take better low-light...