GitHub Actions, used in countless CI/CD setups, are a good example of the ubiquity of bash scripting. Most of the run: lines in an Action YML document are nothing but (a sequence of) bash command lines.

I knew this could be a good match for bashew scripts-based bash scripts, but I only found some time to try that out last weekend.

TL;DR: bashew scripts are a great way to streamline your GitHub Actions 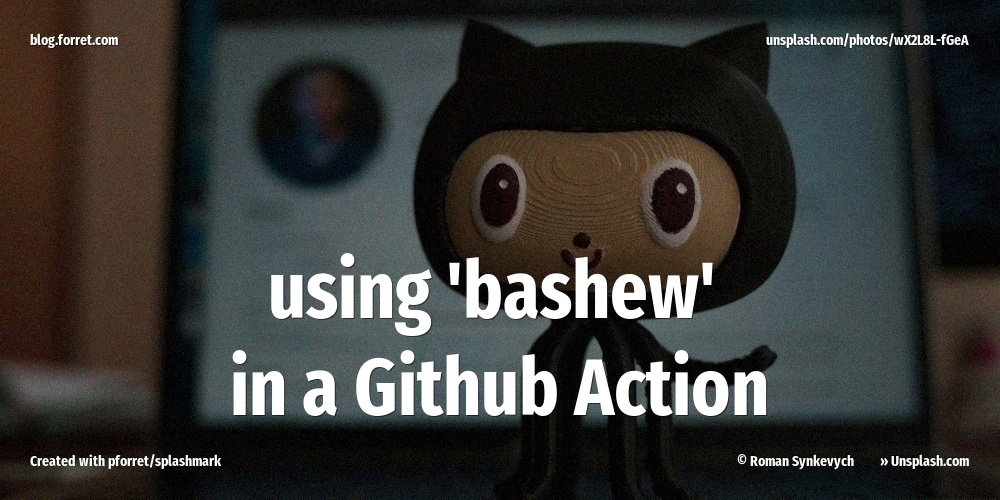 I got inspired by Automating screenshots using shot-scraper via Hacker News. The shot-scraper documentation describes how to set it up for using GitHub Actions to do the actual screen grabbing. I used that as a starting point and I distilled it into an efficient example project: pforret/bashew_github_action.

I created 3 sub commands in the bashew_github_action.sh script:

The YML code to run each of them in sequence, is super easy:

This is one of the screenshots it generates: 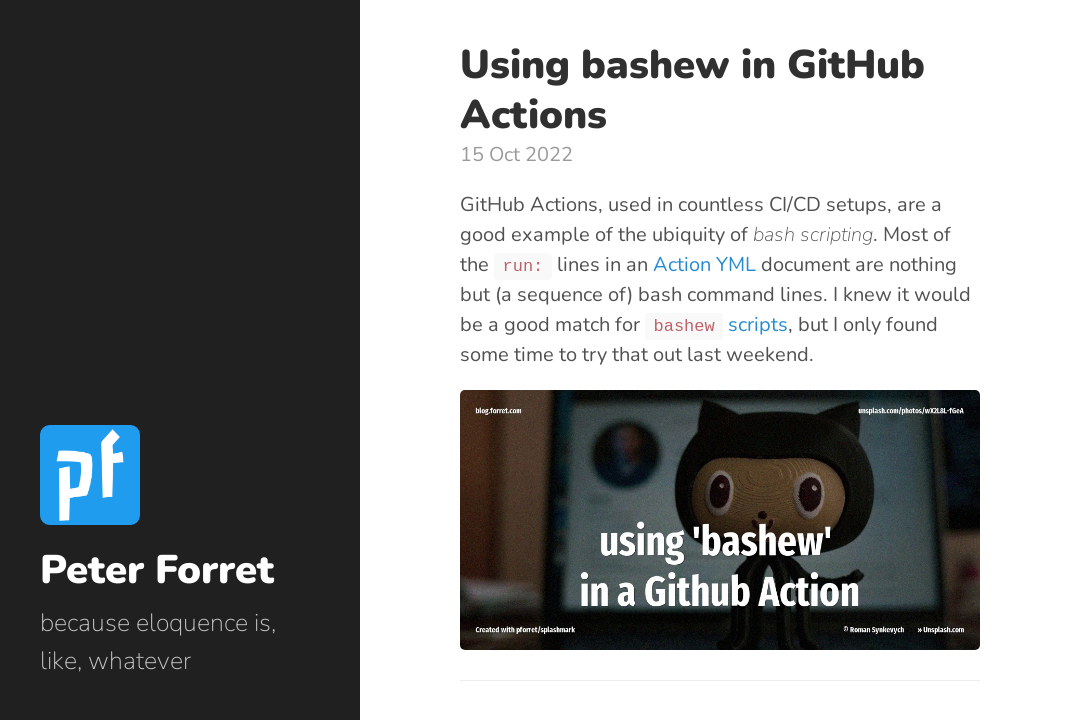 Using a bashew script to streamline your GitHub Actions is a good idea because: