Update: I now have developed bash benchmarking for both throughput (MB/s) and invocation (ops/sec) speed in my project, combined with all kinds of other improvements, so the content in this article was updated [2022-04-08]

Cutting the first 20 characters from each line 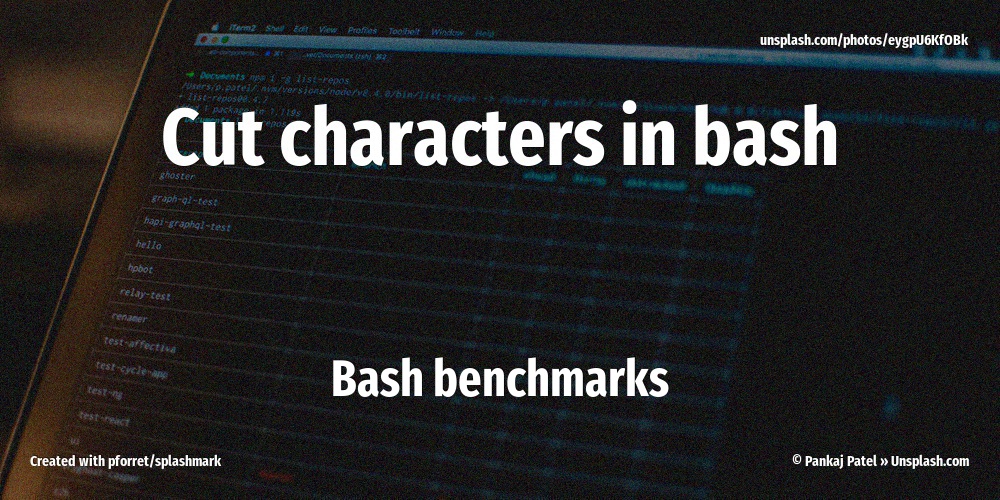 Imagine you want just the first 20 characters of a string , or of every line of a file. How would you do this in bash?

So what is my recommendation for cutting N chars off?